The appeal of a woman in fur needs to be psychological: the promise of animality and the promise of wealth all rolled into one. Two theatre productions in Istanbul, “Venus in Fur” and “Madonna in a Fur Coat” address this attraction, and considering them in succession lets us follow the genealogy of this fascination.

“Venus in Fur” written in 2010 by David Ives is a clever play about a theater director trying to adopt the now almost mythological book “Venus in Furs” written in 1870 by Leopold von Sacher-Masoch. Yes, it is the Sacher-Masoch who gave masochism its name. The novelhas been an inspiration for several other works of art, paintings and songs. And in the play Ives tackles the text through a story of trying to tackle it. It’s always a clever conceit this: “I am not adapting the holy book ‘Venus in Furs’. I am giving you the story of a man who was trying to adapt it.”

“Venus in Fur” (“Kürklü Venüs”) is the fourth production of the relatively new Turkish acting company Yolcu Tiyatro. The company has been formed only in 2012, and for all that, they bring a lot of sophistication to this playful play. Yolcu Tiyatro don’t have their own space, so you will have to follow ticketing websites in order to catch a performance. I learnt about the production through a leaflet I saw at another theatre: a black and white photograph of the two characters in the play: the theater director Thomas Novachek (played by Ersin Umut Güler) and the unnamed actress that walks into his studio the moment he has given up finding the perfect Wanda von Dunayew for his production (played by Pervin Bağdat). They are posed somewhat provocatively, she in a bustier, long nickers and suspenders, he in a fur coat that reveals part of chest. I speak of this in detail because there is a funny reference to it during the play. As Novachek and the unnamed actress are rehearsing Novachek’s adaptation of Sacher-Masoch’s book, Novachek says that the sure way of bringing in the audience to the theater is to have a sexy poster. So we are warned: if we have come to the theater to be titillated, that was only the ruse that the producers used. The play Novachek wants to put on is about the sometimes not so “natural” nature of attraction.

The Sacher-Masoch story that Novachek is trying to adapt to the stage is that of a young man, Severin von Kusiemski, who meets Wanda von Dunayew at a holiday resort, and his insistence of becoming her lover, to the extent that he agrees to becoming her slave. The story goes against the conventional understandings of attraction, a man wanting to submit to a woman rather than vice-versa. The Venus in fur, in the Sacher-Masoch novel, appears in the framing story before we get to the story of Severin. And what this play, and indeed this production proves is that in matters of attraction and heightening of feeling, atmosphere and timing is everything. The audience – through Novachek and the unnamed actress’s acting – enter the world of Severin and Wanda, and just as you feel you are in the room with them as they get closer, the suspension of disbelief is broken, usually by a wry comment by the unnamed actress who criticizes the way Sacher-Masoch has portrayed female behavior and emotions. 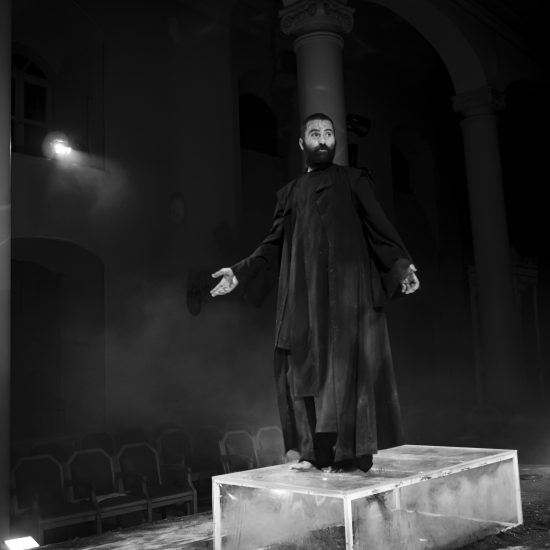 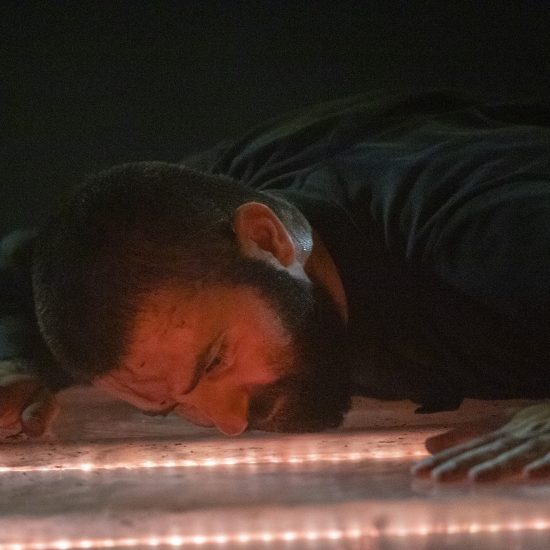 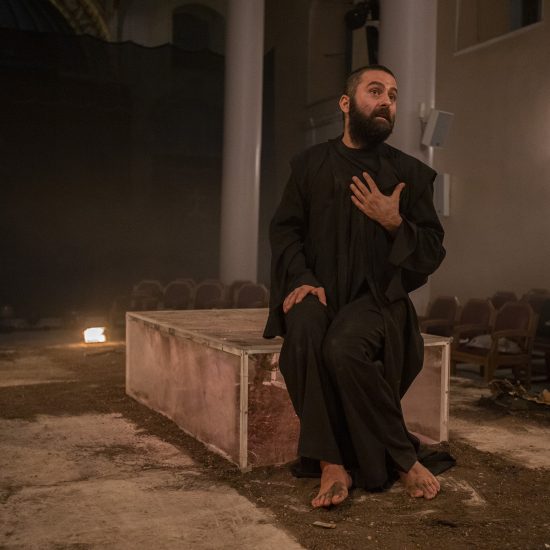